AMD once claimed that 4 GB VRAM was not enough for gamers to tackle NVIDIA’s entry-level lineup but they are backing up from that marketing statement hours before the Radeon RX 6500 XT hits retail shelves.

Update: The card has been launched and most outlets are calling it the worst modern GPU launch yet.

As discovered by KitGuru (via Videocardz), the AMD marketing blog for the Radeon RX 5500 XT which mentioned that 4 GB wasn’t sufficient for games has been removed. This comes a mere hours before the red team will be officially launching its highly controversial Radeon RX 6500 XT graphics card which packs 4 GB memory.

AMD is leading the industry at providing gamers with high VRAM graphics solutions across the entire product offering. Competitive products at a similar entry-level price-point are offering up to a maximum of 4GB of VRAM, which is evidently not enough for today’s games. Go Beyond 4GB of Video Memory to Crank Up your settings. Play on RadeonTM RX Series GPUs with 6GB or 8GB of VRAM and enjoy gaming at Max settings. 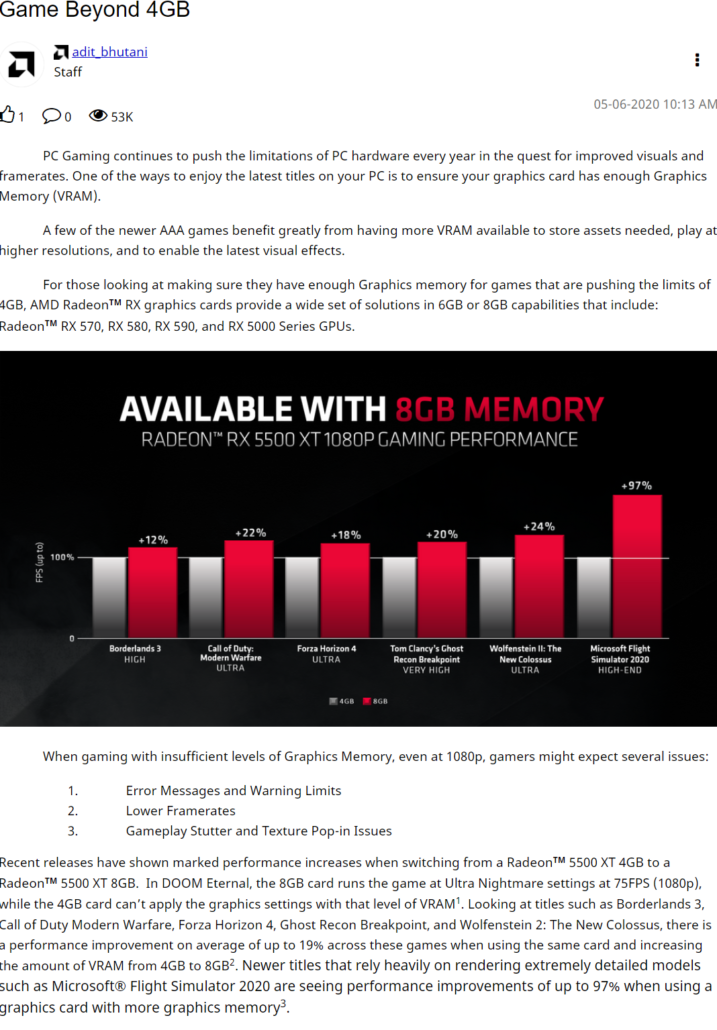 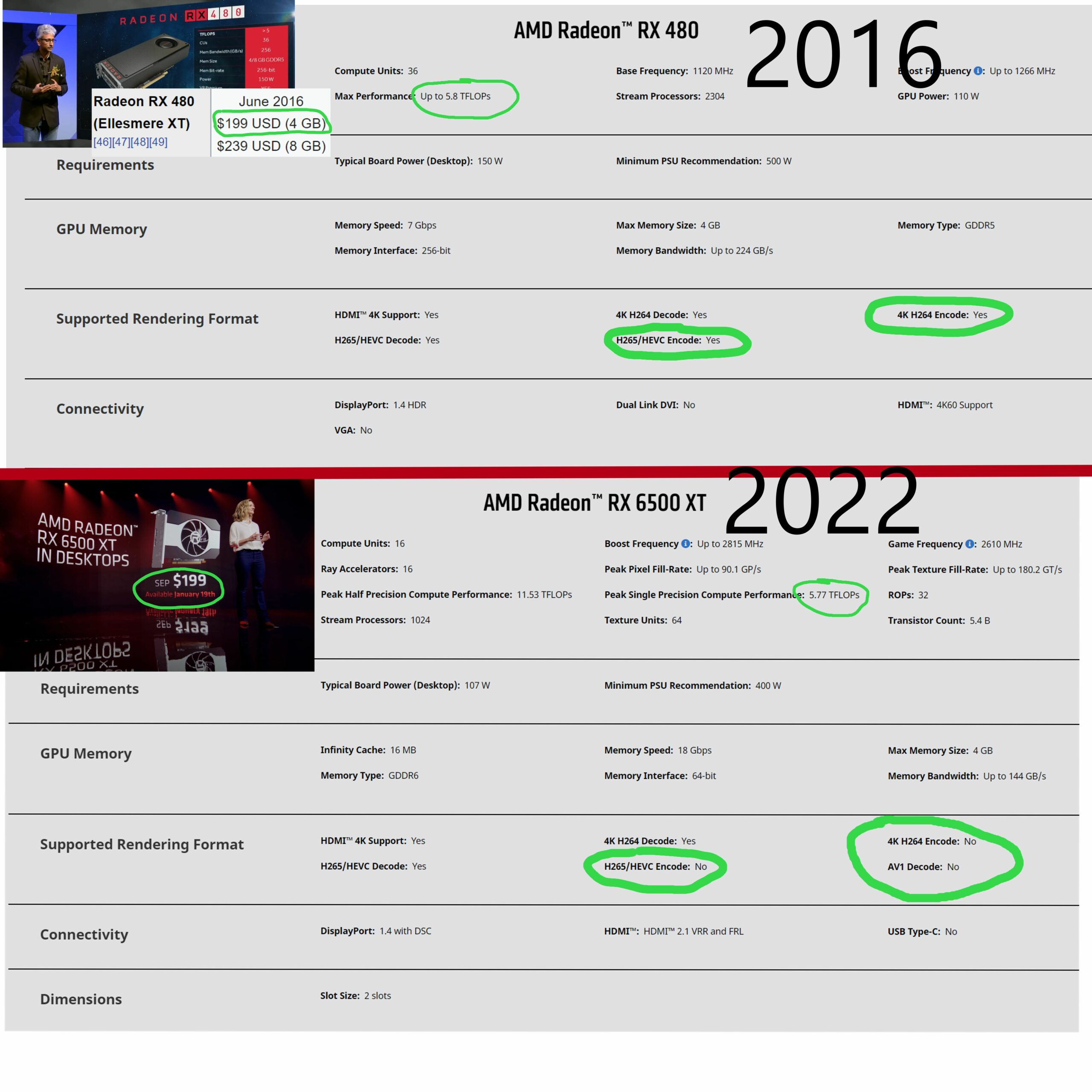 Furthermore, several reviewers have not been allocated the Radeon RX 6500 XT graphics card for review. Renowned tech outlets such as TechPowerUp & Computerbase have reported that they won’t be getting a sample from AMD or its AIB partners.

Some of the design choices were made to make the graphics card a viable option for gamers in a market that is heavily constrained (or so they want us to believe). But it turns out, these decisions have caused a major backlash from the tech community, and even older options such as the Radeon RX 5500 XT or the Radeon RX 480 look like better options compared to the new variant. Benchlife has even posted their review of the card early on and the performance versus the GTX 1650 SUPER OC looks disappointing:

But that’s not it, the latest listings of the RX 6500 XT graphics card are way above the MSRP. In fact, these are cards are almost twice the MSRP, retailing at up to 378.44 Euros. That’s $400-$430 US if you convert it and the MSRP is $199 US for the US market. We have seen ASUS state a 299 Euros pricing for their custom cards but in reality, it’s going to be much higher.

The AMD Radeon RX 6500 XT will be utilizing the full Navi 24 XT GPU die. Internally known as ‘Beige Goby’, the AMD Navi 24 GPU is the smallest of the RDNA 2 lineup and will feature a single SDMA engine. The chip will feature 2 shader arrays for a total of 8 WGPs and a maximum of 16 Compute Units.

AMD has 64 stream processors per compute unit so that brings the total core count on the Navi 24 GPU at 1024 which is half that of the Navi 23 GPU which will offer 2048 stream processors in 32 compute units. The GPU for the RX 6500 XT will be clocked at 2815 MHz boost and 2610 MHz game clock, making it the highest clock RDNA 2 GPU to date. That’s around 5.7 TFLOPs of FP32 performance from the chip.

In addition to the number of cores, each shader array would feature 128 KB of L1 cache, 1 MB of L2 cache and there would also be 16 MB of Infinity Cache (LLC). The AMD Navi 24 RDNA 2 GPUs will also be featured across a 64-bit bus interface & will be featured on low-end Radeon RX 6500 or RX 6400 series parts. The card will feature a bandwidth of 144 GB/s but AMD is coming up with a new marketing name for total bandwidth (including Infinity Cache) which is rated at 232 GB/s.

As for the specifications, the AMD Radeon RX 6500 XT graphics card will feature 1024 cores and 4 GB of GDDR6 memory. The card would not be able to operate in any mining algorithm, especially ETH. The top model will feature a TDP of 107W and as such, will require external power connectors to boot. The graphics card has launched and we will update this post with a few retailers links for you to see that none of them match the MSRP of $199 US as promised by AMD.

marketing your business
We use cookies on our website to give you the most relevant experience by remembering your preferences and repeat visits. By clicking “Accept All”, you consent to the use of ALL the cookies. However, you may visit "Cookie Settings" to provide a controlled consent.
Cookie SettingsAccept All
Manage consent